How Much Would it Cost to 3D Print These World-Famous Landmarks? [Infographic] 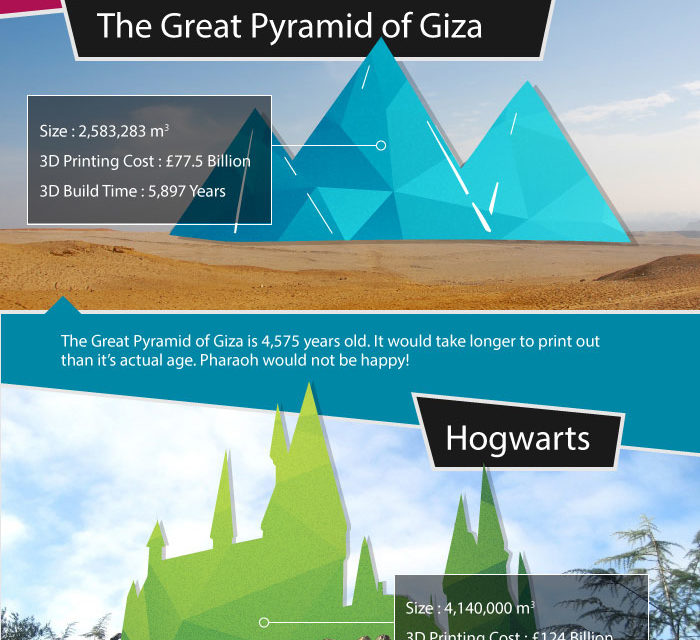 Much is known about the capabilities of 3D printing. From living body parts to high end dining, researchers have developed ways to print a mind-boggling array of objects in the third dimension. But just how far can scientists and tech fans push 3D printing, and could it be used to print buildings, landmarks and other massive objects?

To find out, we tallied up the time and cost of 3D printing the world’s most celebrated landmarks, as well as other structures you’ll no doubt recognize.

Whether you want to erect Big Ben or the Eiffel Tower in your back garden, it seems 3D printing has a long way to go before it replaces traditional building techniques. That said, 3D printing technologies are emerging at an extraordinary rate, with new variations of the technology hitting the headlines every other day. And with each ground-breaking new development, surely we’re one step closer to printing our own pyramids, Death Stars and star ships?

Don’t forget, the above calculations were based on printing from a standard household 3D printer. Use a 3D printer like this one, and we reckon you could have your own Hogwarts in a fraction of the time – especially if you had two or three of them.