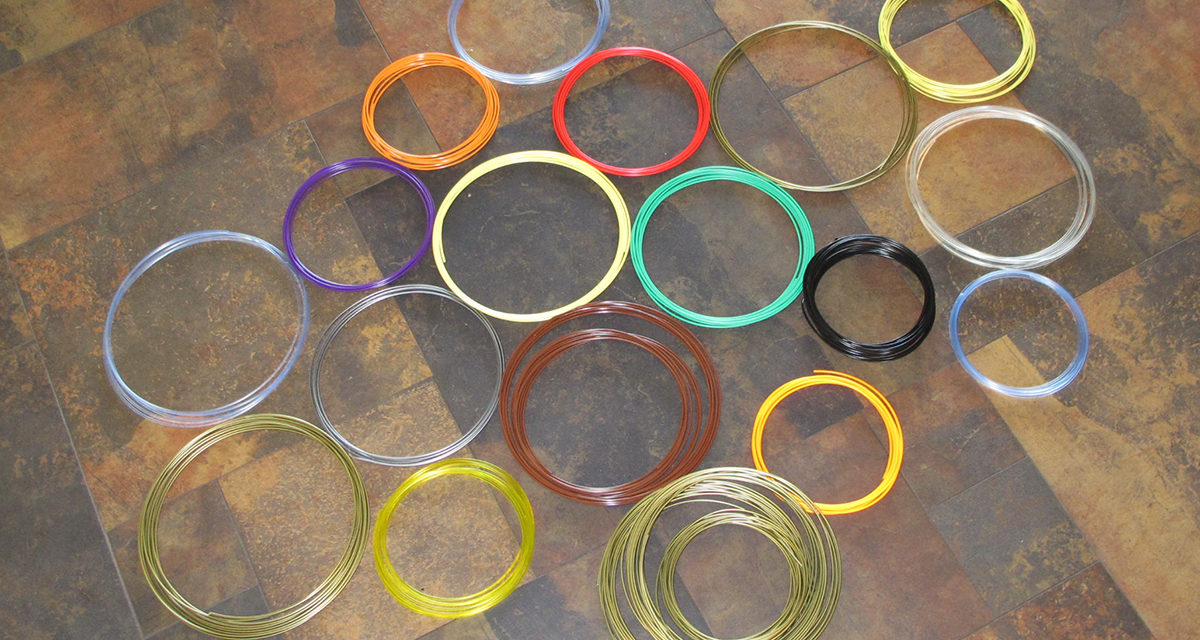 I read an article that contended that one of the advantages of 3D printing was that it saves resources. ROFLMAO!

That article was clearly written by someone who has never used a 3D printer.

Sure, if you have tweaked everything to perfection or are very fortunate, you have no waste. But the truth is that there’s a lot of wasted filament in failed prints. There are also stub ends – the little bits of filament left over that aren’t of much use in a print ……

I end up with a lot of 3D filament bits and pieces. Some are from prints I did where a little filament was left over.

Some are samples that companies have sent me.

If I have enough filament to make something, I’ll use it. The first farkle board I 3D printed, I used some black and some translucent just that way.

With the Gigante printer, because of the size of the prints, we have a policy to always order at least 15 pounds (three spools) of a color to make sure the dye lot matches – 15 pounds will print something 4-1/2 feet tall, which is as large as the printer can go. So often I have enough to make more than one item, providing it wasn’t really huge and I didn’t have a lot of fails.

Nonetheless, after a while, the bits and pieces build up, and I can’t bear to just throw them in the recycle bin.

If I had ReDeTec’s ProtoCycler, I’d just let it chew up that extra filament. This cool machine will be awesome to have once it’s available. It chews up filament and spits it out – onto a spool! I’m really excited about it, which is why I participated in the company’s Kickstarter campaign and committed to buying a machine once it’s available.

The very fact that their campaign was a success tells you that I’m not alone in wanting to find a better way to deal with leftover filament and filament from failed prints.

As they work out the kinks in their product, though, the bits and ends build up.

I’m thinking about just making something with it that I don’t care that much about, sort of a 3D printed patchwork piece.

Hey, maybe another farkle board is in the works …..

If you have any other bright ideas about what to do with leftover filament, I’d love to hear them.