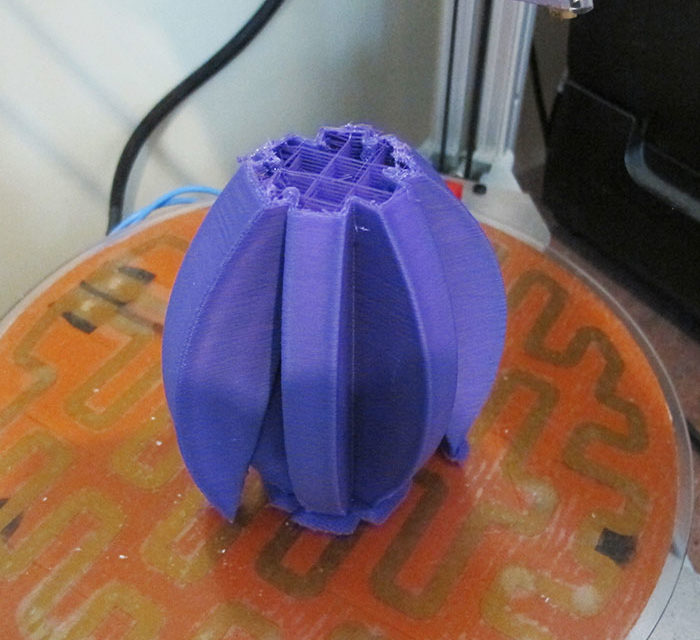 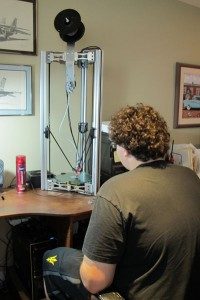 Sometimes a prospective customer just can’t visualize a piece, and sometimes I just want to see how a form comes together or balances before I either create a full-scale 3D printed sculpture or a metal version.

For prototypes, I usually use my Cerberus 3D 250, which is a desktop 3D printer. Lately, though, it’s been starting to print fine, then stops extruding before the print is done.

When 3D printers were first developed, they were called “rapid prototypers.” (As we’ve discussed before, “rapid” is relative.) In addition to creating original sculpture (you can see my latest here), I do use my 3D printers for protyping.

More than once I’ve taken apart the extruder and hotend, cleaning them up and reassembling them, but nothing seemed to help ….

Perhaps most frustrating is that it would print almost the entire piece, then crap out (see the photo at the beginning of this post to see what I mean) – I’d come into the office to see the hotend an inch above the print, moving merrily, but nothing coming out of it. Aargh!

Finally, I called Steve Graber, who built both the 250 (right) and my Cerberus 3D Gigante, my 8-foot-tall 3D printer.

In these early days of 3D printing, there is still a lot of tinkering to do. Think of the Wright brothers working on planes. Jobs and Wozniak making computers. Elon Musk creating, well,  anything. That glamorizes what I and many others who are actually working with these machines themselves, but you get the idea: this is the early days of this remarkable technology.

A lot of artists don’t bother with this, BTW. Most of them create amazing designs, then forward them to service bureaus like Shapeways that prints their pieces. There’s nothing wrong with that, of course, but the machines that I use to create my work, whether they’re mills, welders, slip rolls or 3D printers, are part of my creations, not just an end to a means. Even the proportions and materials of machinery influences my artwork.

Honestly, even though I was working in CAD before I  got my first 3D printer, I don’t even know if I’d be interested in 3D printing if I weren’t doing the printing myself.

That being said, it’s been a steep learning curve. I’ve had to learn G-code, jury-rig heating and cooling, and tweak other aspects of the printers and the process.

Of course, it can be frustrating, too, but fortunately I have a lot of patience (my wife keeps telling me that, anyway).

He showed me where the extruder drive wheel was so clogged with filament that its gears were practically smooth, so we cleaned them out.

We slowed down the flow rate, too – the filament was feeding too fast and may have been skipping because of the small size of the nozzle. 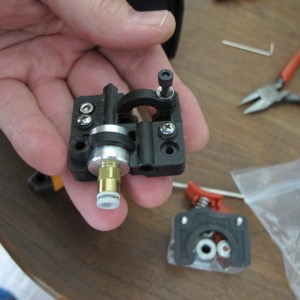 Finally, he replaced the part of the extruder where the boden tube directs the filament into the hotend with a new, improved version. The new section fits better, has tighter tolerance, and is closer to the extruder wheel.

We also trimmed the end of the boden tube so it won’t move up and down as much, which was allowing the molten filament to create a bulge and plug things up.

I’ll continue to play with my 3D printers, and to learn, even though I’ve begun to realize these giant tinker toys are best left to the professionals. If I keep fooling around with them, I may become a professional one day, but I’m not holding my breath ….