Tinker time for all ages: event turns on young and old 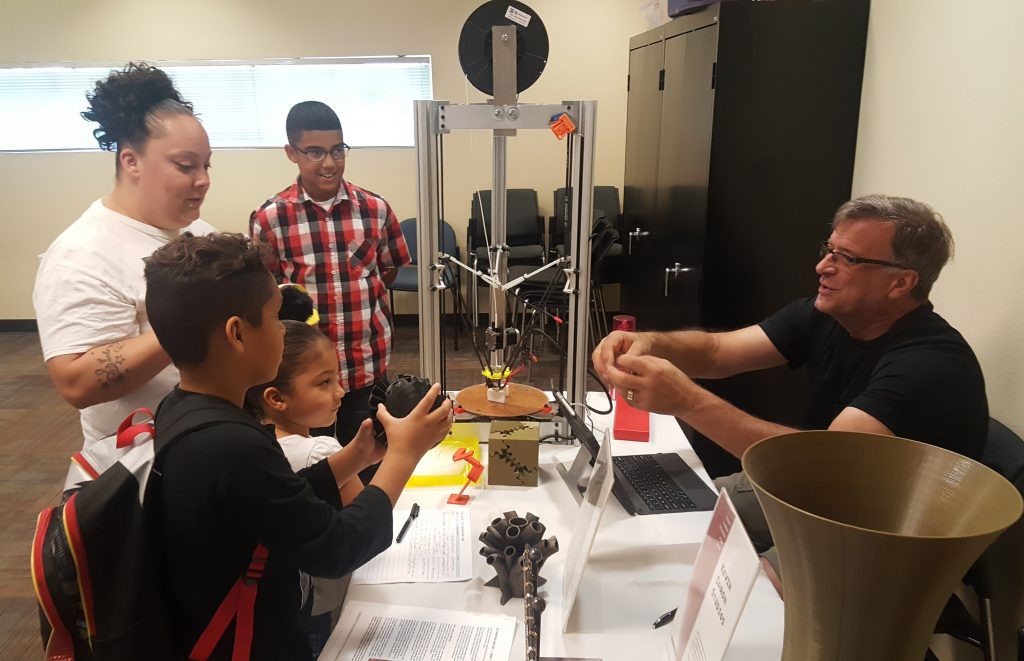 When you’ve done something for a while, you start to take it for granted.

There’s nothing like talking to others about 3D printing – and, best of all, showing it to them – to remind me how remarkable this technology is for many people.

Recently, my wife spoke with a woman who had never even heard of 3D printing. That’s pretty mind-blowing.

Most of the people who attended the inaugural “Technology & Art: A Tinker Time For All Ages” on Saturday, October 21 had heard of it but never seen a 3D printer in action.

Held at the Northwest Regional Library in Surprise, Arizona, it was a wonderful event that gave people the opportunity to see a 3D printer in action, but also to try virtual reality, basic coding, robot control, a 3Doodler pen and even some of the video games I remember from my youth. 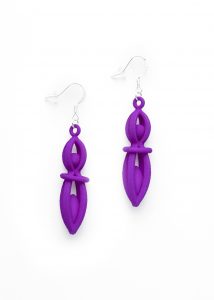 I was really pleased to be able to show how this technology works and what it means to their lives to everyone from kids who could barely see over the edge of the table to curious retirees ….

I took my Cerberus 3D 250, a deltabot 3D printer that uses the same concepts at my 8-foot-tall Cerberus 3D Gigante 3D printer. I printed a business card holder and about 3/4 of a small sculpture so people could see how this sort of 3D printer runs. Many were mesmerized simply watching the print head go around and around. That’s something that happens often when people see a 3D printer, especially for the first time.

Others enjoyed playing with the geared ball and geared cube I had printed. Many people were fascinated by my 3D printed jewelry, especially my new Fiesta (right) and Caught designs, which have moving parts that were all printed at the same time as the main body of the earrings or necklace. (I’ve been told that a 3D printer is the only machine that has the ability to create moving parts in a single build. Pretty cool!) I’ll have a post about these new designs soon.

What I most loved, though, was watching as families spent literally hours playing with the various technologies, learning how they work and why anyone might care.

Their interest gives me hope for the future.