Tripping Across 3D Printing in Australia 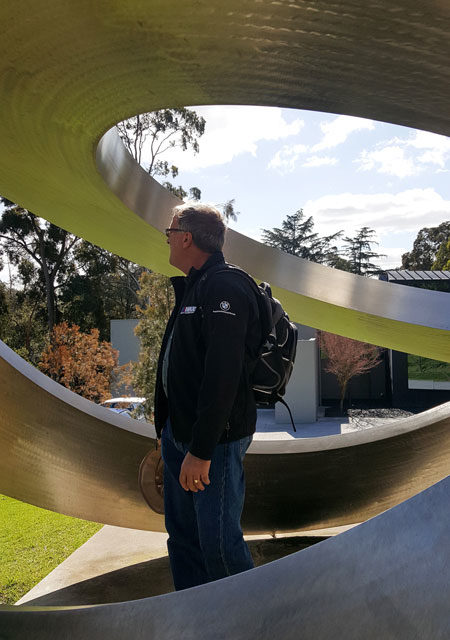 Sometimes you just have to get away. (Well, I do.) When I’m at home, I tend to work a lot, and that can lead to burn out. Getting away helps me clear my head, and often brings me new, fresh ideas I would never have had otherwise.

That’s one reason my lovely assistant (AKA The Voice, to those of you who watch my videos on YouTube, and wife of 25 years) headed to Australia recently.

We started out in Sydney, then drove the Princes Highway, which runs along the southern coast of Australia, to Melbourne.

We saw a lot of interesting things, including wild kangaroos and termite “castles,” as well as lots of beautiful seascapes and rolling fields of canola. We also enjoyed visiting the amazing Heide Museum of Modern Art in Melbourne (photo at right).

The last thing I was looking for was 3D printing ….

That’s why it was really fun to see 3D printing pop up in a most unexpected place. We were driving through a small town called Stratford in Victoria, and there was a shop that sold 3D printers and 3D prints! 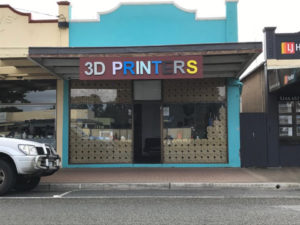 We stopped, but the shop wasn’t open.

Peeking through the window, I saw some beautiful 3D prints as well as 3D printers that were new to me. (Unfortunately, it was hard to get a decent photo because of glare on the windows.)

It wasn’t the only time we saw 3D printing in Australia. We also visited the terrific “Wallace & Gromit and Friends” exhibit in Melbourne’s Federation Square. If you are a fan of Wallace & Gromit and ever get a chance to see this exhibit, I recommend it highly. It gives you an in-depth look at how they develop the shows and build the sets and figures. We even got a chance to shoot our own Claymation mini movie!

One of the exhibits also showed how they used 3D printing to create a figure that, frankly, was so small I couldn’t even photograph it. The crew at Aardman, which creates Wallace, Gromit and many other characters such as Shaun the Sheep, are sticklers for authenticity. 3D printing was the only way they could make a figure this tiny.

3D printing is certainly gaining prominence in many fields, and in many places. I know there is more 3D printing in Australia, and perhaps next visit I’ll seek it out. But for now, it was fun just seeing how it crops up even when you aren’t looking for it.