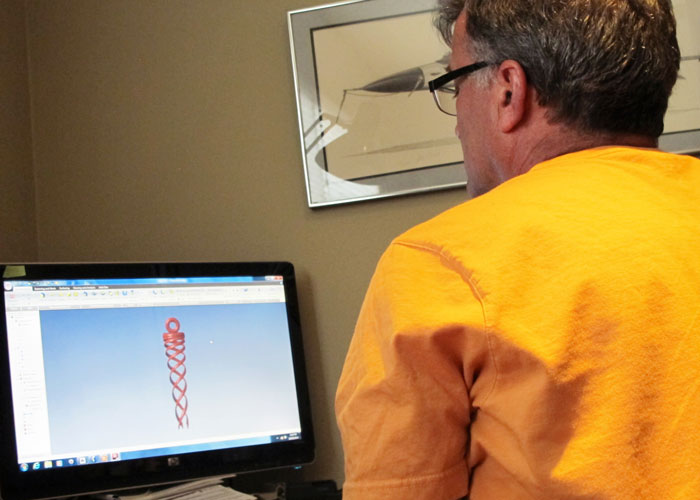 Although the buzz about 3D printing isn’t as red hot as it was, people are understandably still jazzed about this transformational process.

I see the reactions all the time, whether it’s at a gathering focused on how the process works, how I use it in my practice as a sculptor, or just a bunch of people who are fascinated by 3D printing. What I almost also invariably see is disappointment.

The dirty little secret about 3D printing is that you must have a file that you can print.

That’s easy enough if you are satisfied printing other people’s files, such as ones downloaded from Thingiverse. But what if you want to create something yourself?

Well, at this point in the evolution of 3D printing, you’d better know CAD (Computer Aided Design) software, or know someone who does. That’s what most people don’t realize: 3D printing itself is the culmination of a longer process ….

Most people don’t know how to use CAD software. I taught myself, so I know it well enough to create files I am proud to print as sculptures. Still, I have a whole lot more to learn. 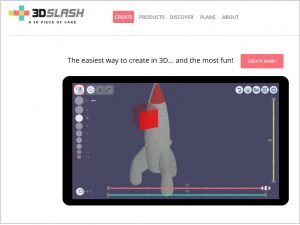 I usually use Geomagic CAD software, although I’ve also used Rhino a bit and a math-based CAD program called K3DSurf.Â  But if you don’t know CAD, you’re a long way from being able to create your own forms for 3D printing.

Yes, you can use a 3D scanner – that’s a topic for another blog post – but they still seem behind the curve on creating files for 3D printing. You can scan something, but then you’ll need to edit the file to make it printable, so there’s another layer of software to master. I’ve played with AutoDesk MeshMixer, but still don’t feel I’ve mastered it or anything even close. I’m definitely still working on it, but first I’m hoping for an affordable scanner that does a good job.

Some people get over their initial disappointment and ask what CAD program they can get started with. There are a number of entry-level CAD programs, some of which are even free, like Sketchup, TinkerCAD, 3D Slash and many more (here’s a good list of free CAD programs for beginners as well as more experienced users).

Until someone comes up with an easier way to create an .STL file you can feed to your 3D printer, though, the barrier to easy entry and real growth for 3D printing will be stunted.