What do you do with a failed 3D print? 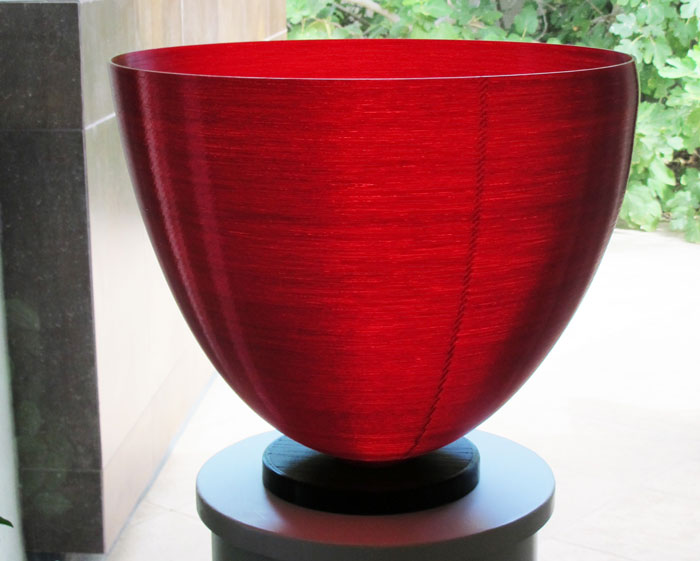 Anyone who works with 3D printing – other than on the very high end – has likely pondered what to do with prints that don’t make it.

Early on, I asked it a lot. Between hardware, software and filament problems, I had a lot of fails.

Often a fail is unsalvageable. I mean, really, what can anyone do with a rat’s nest of filament?! (Maybe find a homeless rat?)

My hope is that the Protocycler will finally be completed. I invested in this Indiegogo-fueled project that grinds up old filament so it can be reconstituted to fresh filament, but at this point it seems like it’s still a pipe dream. (And I’m now really reluctant to invest in any crowdsourced project without a lot of scrutiny!)

But some failed projects got far enough that a little imagination might lead to something worthwhile. Take for instance, the print that failed after more than two days of printing (right) because of a power outage …. 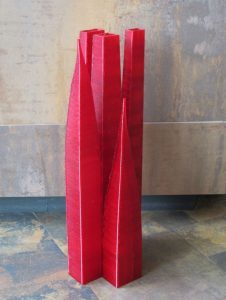 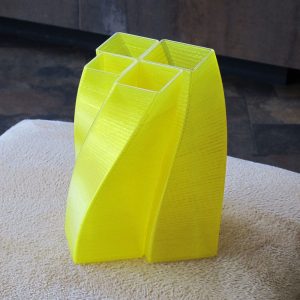 I did finally get a completed version of this piece, Opioid, but meanwhile, I still had a half-finished piece that I just couldn’t throw away. But what to do with it?

After a lot of head-scratching and some comments from my Facebook tribe, I realized I could put a top on it and have a really cool end table. I’ve printed a base that a light sits in, like I created for Opioid, so the interior of the table is illuminated, and a glass guy is working on a frosted top for it. That’ll work!

I also have a beautiful version of Scarlet Spires that failed (left) for no apparent reason (I now think it is Repetier, deciding to go on strike at a really bad time), and a half finished version of a sculpture in that delicious yellow translucent filament (right).

I’m vacillating on the failed Scarlet Spires – I might cut off the truncated towers at varying heights and make it either a vase for a dried flower arrangement, or put some candles on it (although I have some concern about it melting the PLA filament).

The yellow one would make a lovely vase, but I’ve tested it, and it definitely won’t hold water (literally, not metaphorically). I could coat the inside of it, though, to make it watertight, or I could, again, use it for dried flowers.

Like the soon-to-be end table, though, it has to feel right. Once I came up with the idea to make it into a table, I knew that’s the direction I want to go.

The other two are not yet settled – I will know when the decision feels right, much as I do when creating sculptures.