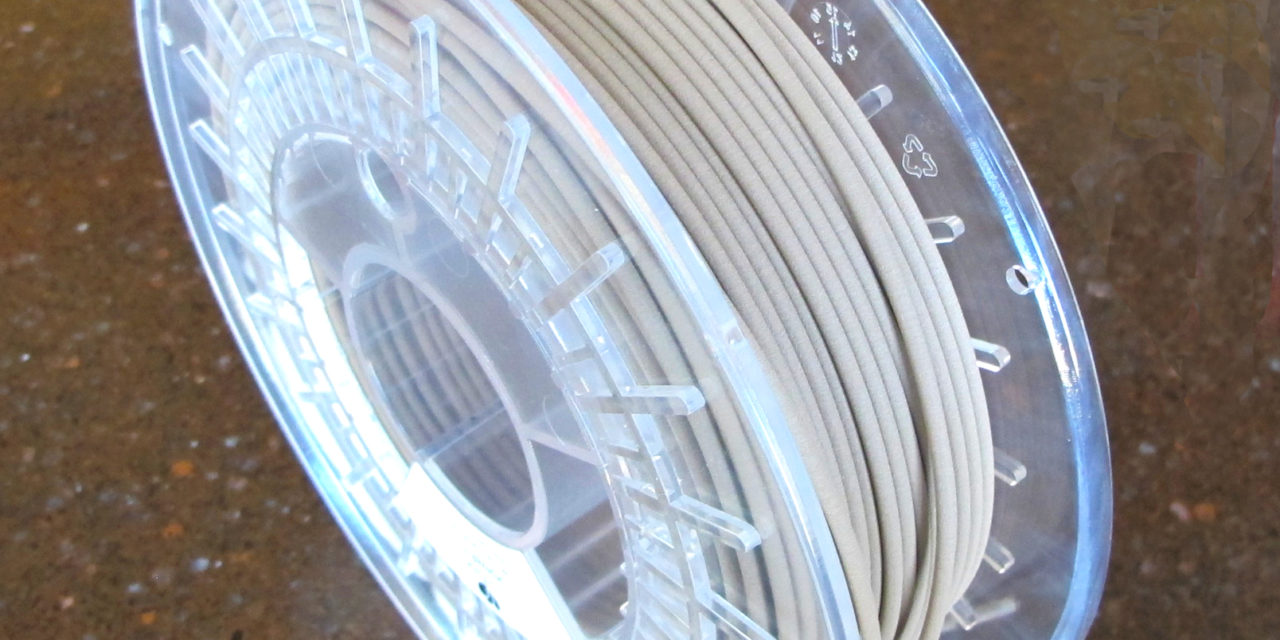 I’ve been drooling over all the different kinds of filament out there, from the luscious translucents I’ve used on several of my sculptures, to rubber – Steve Graber gave me a cool “vase” printed in a single layer of rubber that’s a huge hit at events – to the new transparents.

Some of them aren’t really available to me for the Gigante, which uses 3 millimeter filament but for which I like at least 5 pound spools. (My company policy is to order at least three 5 pound spools at a time for the Gigante just to make sure I have enough in the same color lot to do a 4-foot-tall sculpture. Yeah, I have a lot of filament in my supply closet!)

But bronze? Yeah, I’m a sculptor, so bronze definitely interests me.

So I bought some bronze filament from ColorFabb ….

My Cerberus 250 runs 1.75 millimeter, but I wanted to use the bronze in my Gigante, so I bought some spools, even though I had to settle for 1,500 kilogram ones.

The bronze filament is more expensive than all of the other filament I’ve bought, and it’s heavier, too. That’s because it’s 80% bronze and just 20% PLA. 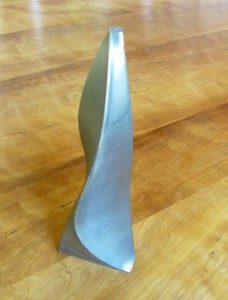 What I didn’t anticipate was how much time and effort it would take to burnish them.

I started out with steel wool and realized quickly I needed to start with something rougher. I grabbed some Abranet, a sanding material my brother, a wood turner, introduced me to. I used finer and finer grits and even tried wet sanding, which I’d read about online with 3D printed bronze, but it didn’t seem to help.

After trying various ways to hold the sanding material – wrapped around a pencil, a railroad spike, etc. – I figured out to put it on a simple metal rod with a piece of tape to hold it on. I put that into my drill, which I then used to burnish the sculptures.

I ordered some brass wool from Rockler and tried it on a test piece, but it didn’t do anything. Back to the steel wool.

The biggest success, though, was when I put the small Point into my 100-year-old burnisher. Wow! It gave it an incredibly cool gleam.

I’ll share more about the burnisher in an upcoming post, but suffice it for now to say that I can’t fit the large Point into it. While the finish on it is OK, I see more hours of hand polishing in my future to get the look I want.

Next, I think I’ll order some copper filament ….