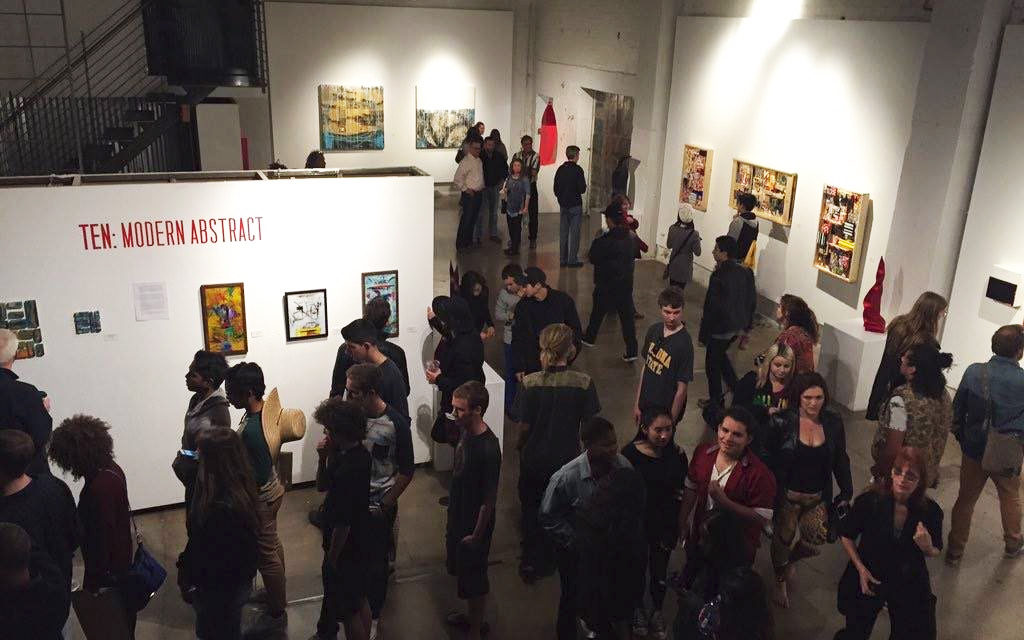 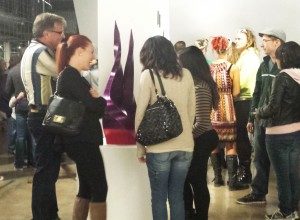 With the International Sculpture Conference in town at the beginning of November, I made it a point to have as much work visible as possible. Sure, many of the attendees were not necessarily art buyers, but they are art lovers. Too, artists usually appreciate outliers like me, people who don’t play by the rules.

Creating sculpture with 3D printing isn’t that unusual – there are plenty of artists out there doing it – a Google search for 3D printed sculpture brought back 1,440,000 results (admittedly, this isn’t a scientific study, but still!).

That being said, very few artists are printing their own work, much less doing so with a printer that can create sculptures as tall as 4-1/2 feet.

So when I got the chance to have some of my large format 3D-printed sculptures at one of the most popular galleries in downtown Phoenix, I jumped on it ….

Right in the thick of what USA Today has called one of the top 10 artwalk scenes in the country, Monorchid‘s Shade Gallery draws amazing crowds. The opening for this show, “Ten: Modern Abstract,” attracted about 1,500 people – and that was just the first night.

Admittedly, that’s First Friday, when the biggest crowds show up, but what an amazing group of people wandered through the show: people of all ages, sizes, backgrounds, colors and interests. Some were clearly there just for the scene, but it’s cool that doing so exposes them to art.

And, of course, what I loved is that it exposes them to my art, and specifically my 3D printed sculptures. I hung out at the opening, watching people, talking with them, and listening to what they had to say.

Many of the younger attendees, from elementary school through high school ages, knew exactly what they were looking at. Some of them got wide eyed, realizing that the sculptures were 3D printed: “I did that at my school! But not this big.” 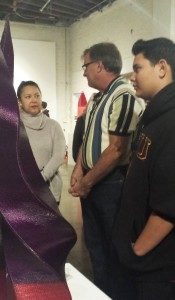 Others were more cautious, trying to figure out what the artwork was made of. Many people wanted to touch it, and if it was a momentary lull when no one was watching, I let them. It wasn’t going to hurt the sculptures, although I didn’t want thousands of people rubbing the surfaces.

Many older people – yeah, my age and older – looked perplexed. This gave me an opportunity to describe to them how the printer works (“Think of a giant glue gun going around and around”) and then showing them the layers so they could connect the two. It excited me to see their eyes light up and hear them say, “Oh! Now I get it!” 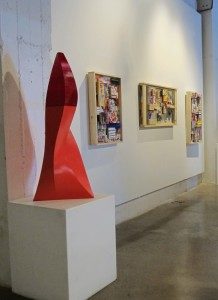 There were a lot of giggles and pointing at one of my latest and largest 3D-printed sculptures, Redhead, which, admittedly, could bring to mind certain sex toys (I didn’t intend that when I made it, but I see their point).

Of course, there were some people just there parading as part of the scene and enjoying the people watching, and it was definitely prime time for both of those activities. Between the dance troupe moving to electronic music inside, a rap band playing outside, and the general hubbub of conversation, the cacophony ramped up the excitement, much of which actually was about the art.

The show runs through Sunday, November 29. Monorchid at 214 E. Roosevelt, which also houses several studios and other businesses, is open daily.