The sounds of creation: listening to 3D printers 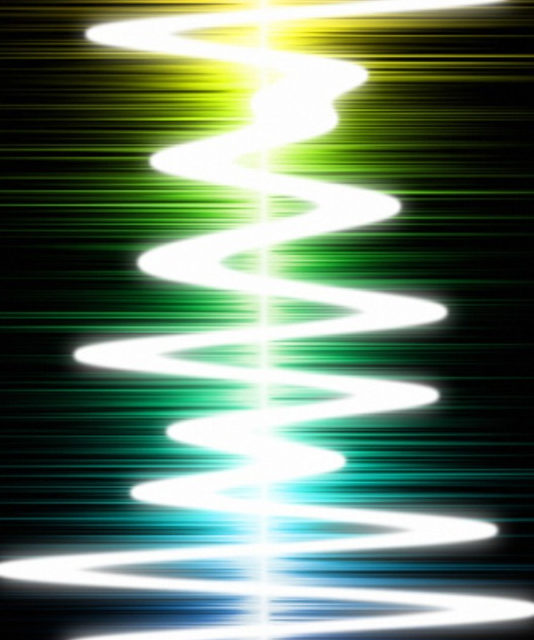 One of the many things I didn’t anticipate about 3D printing is its accompanying sounds. I don’t know what I expected, but I probably hadn’t even thought about the fact that the machines would, well, sing.

It reminds me of the popular sounds of whales many years ago – no one expected them, either.

Now that I’ve been running three different 3D printers for a while, I’m starting to recognize some nuances. For instance, each machine seems to have its own sounds, and the sounds change depending upon what I’m printing ….

My Cerberus 3D 250 3D printer seems to have a little higher sound than my Cerberus 3D Gigante, but some of that may simply be the size of the print. 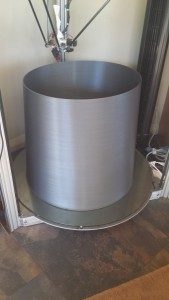 The new 3D printed pedestal, with about 12 hours still to go

The motion of the print seems to matter, too – when I printed a big tubular pedestal, the sound was low and consistent, but when I print something more complex, the sound varies wildly.

What surprised me is that the sound also seemed to change when I used different software on the same file. Recently, I created a sculpture in Rhino, then sliced it in Simplify 3D and ran it through Repetier.

When the print failed – there is apparently a problem with the most recent version of Simplify – I went back and resliced it with KISSlicer and ran it with XXXX. To my surprise, the sound changed, too.

Of course, it also changes as the print gets larger. That just makes sense.

Sound is important to me – I create sound sculptures in metal, so I pay attention to nuance.

When you have a print on the Gigante that runs days, it’s almost like having the ocean in your living room:

When a print is done, I often miss that ocean-like background noise ….

The CubeX can be a bit annoying:

Finally, it was inevitable that others would notice these sounds and take it to the next level. So for your listening pleasure, here is the Imperial March from Star Wars:

You can hear other sounds of 3D printers on YouTube – just search for “3D printers sound” and they’ll pop right up.

So grab some popcorn an some headphones and zone out to the latest ambient noise ….