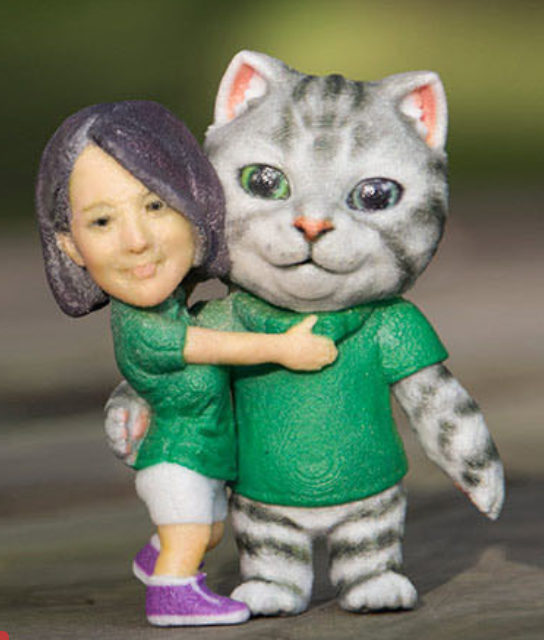 I’ve gotten two emails recently that suggest that 3D printing is entering the mainstream – at least for artists.

I’m not sure what prompted these contacts, although I suspect the senders did a search for “artists” and “3D printing.”

If so, it’s nice to know my name came up.

Of course, both of them were trying to sell me something, but the biggest message to me is that 3D printing is becoming a hot topic for artists ….

The first sender was Julie from a company called Dynamism. She obviously hadn’t done more than search my name – I find the best salespeople actually look at my site or YouTube channel before they send an email, but hey, when you’re sending out junk email …. 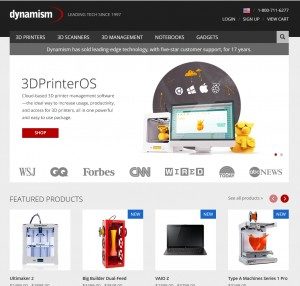 Anyway, Julie wanted to know “Have you considered using 3D printers to innovate your practice?”

She wanted to sell me a 3D printer, which is not entirely crazy, since I do own more than one already and the technology is evolving so quickly.

The second email, which came within two months of Julie’s, was a little more interesting. The folks at Addwii wanted to give me a free sample of their 3D printing. It was a little hard to tell what they were offering because the email was written in Chinlish, but it sounded interesting, especially the part about the “one-third price.”

Great! I have a very difficult design that, thus far, I have only been able to print on my 3D Systems CubeX 3D printer. I read on their Web site that they didn’t want an .STL file, they wanted me take photographs of a piece from the front, back and both sides, and send them the photos.

The sample would be full color, which is really cool, but only 5 inches tall. (Hmmm, not so cool.)

They also are selling 3D printers and supplies – it looks like you could buy your own full color 3D printer, which is quite interesting. In this case, though, I think I’ll wait for the technology to evolve a bit more.

What these offers tell me, though, is that 3D printing for art is becoming more and more accepted.

You would think artists would be some of the first people to embrace this amazing technology, and they are. Yet I still encounter skeptics, people who fear that artists will be creating boundless numbers of identical reproductions and call them art. (These are clearly people who know nothing about the current state of 3D printing!)

I did one presentation in which the host kept asking me if I was just using 3D printing technology to create prototypes. I kept telling him I was also using it to create actual sculptures, but he seemed to prefer what he wanted to believe. (There will always be people like that.)

I know from seeing other artist’s 3D printed work that, like other media, we each have our own vision and approach to using this new way to create artwork, so this surge of interest in engaging artists excites me.